How would you feel having a plant named after you?

Like many breeders and adventurers that have had their creations and discoveries named after them, it must be quite an experience to have something out there with your name on it.

Unlike human generations that can die off after a century or less, plants carry on for hundreds of years.

And there, a piece of you lives on. Forever memorialised in that name.

Sarah Bernhardt is one Great Lady that has such a privilege.

But who was she and what was she famous for?

Sarah Bernhardt became famous during an idyllic period of time in France before WW1 called the Belle Epoque. During the 19th century, France became more cosmopolitan due to the border collapsing between social groups and gender. It was an era all about freedom and Sarah personified this time of liberation, paving the way for actresses to come.

She was a woman on a liberation mission with a daring preference for male roles and was not intimidated by men. When Oscar Wilde asked her if ‘she would mind his smoking’, she answered: “I don’t care if you burn”.

As a model, writer, mother, businesswoman, mistress, international idol she formed her own travel company and travelled extensively. All quite revolutionary at the time for a woman.

Known as “Divine Sarah” she starred in some of the earliest films produced, introducing the world to the splendour of theatre. She not only made art, she was art. If you've ever had an overly dramatic emotional outburst in your life (no judgement) you may have been accused of "doing a Sarah Bernhardt". This stands as a tribute to Sarah's remarkable talent for tragic drama on and off stage.

The French breeder Monsieur Lemoine named his peony after Sarah Bernhardt in 1906 and it became the most well-known peony in the world because of Sarah’s dramatic persona – she had been known to, at times, sleep in a coffin as she felt it helped her have more understanding in the tragic roles she played.

I wonder what Sarah thought about having her name on these beauties.

Perhaps her jumping off a parapet while performing in La Toscana and injuring her knee was what moved Lemoine to name the peony after her.

Such beauty. Such tragedy.

One thing we know for sure is that, just like the icon herself, this outstanding peony is one of the most popular blooms around with its sweetly scented, sugar pink, fully double blooms and striking raspberry flashes on the guard petals and makes a great cut flower. A mid-late season bloomer (late May/June in the UK) it holds the RHS AGM (Award of Garden Merit). A star in the garden when it comes to reliability.

And if you don't like pink you could go for the Red Sarah Bernhardt - a mid-season bloomer with lightly fragrant, large, double, cerise-red blooms.

Another peony named after a great lady is Alice Harding. There is a tree peony and a herbaceous peony with her name on them. The tree type sports huge, fragrant, semi-double lemon yellow blooms with tightly packed petals while the herbaceous type has luscious double blooms with white/pale pink flowers and pink tinged guard petals.

Alice Harding was a gardener and writer of the early 20th century that lived on Burnley Farm in Plainfield, New Jersey where she collected, tested, and evaluated the finest new peony varieties. While in France in 1922, she offered a prize to the Société Nationale d'Horticulture de France for the best new French seedling. Emile Lemoine won and named his seedling in Mrs. Harding's honour.

And peonies weren't the only flowers that were named after her. There is also a rose, an iris and two French hybrid lilacs out there bearing her name.

Do you have either of these lovelies in your garden right now? 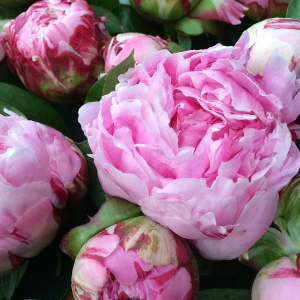 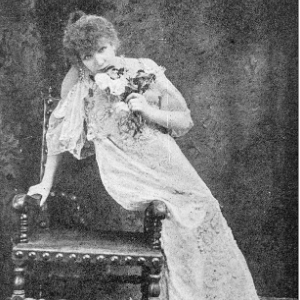 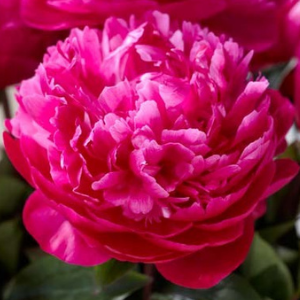 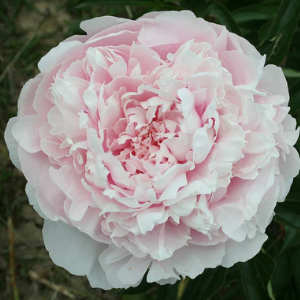