What’s love got to do with it?

Staying true to the Greek origins of the word paeonia, this peony with its perfection of form is aptly named. In Greek mythology Cytherea is another name for Aphrodite – the goddess of love and beauty.

And the goblet shaped form of these deep cherry red petals is enough to make anyone fall in love!

As temperatures rise this semi-double unfolds, becoming a more open bowl shape and fades to a rose colour, then salmon pink and finally pure white as the season progresses.

Cytherea is a herbaceous peony. Herbaceous peonies are a timeless classic perennial plant for the garden. They die down in the winter and come back in spring, each year producing better displays than the one before.

An early mid season bloomer, Cytherea is rare and highly sought after. It was registered in 1953 by Saunders and awarded the APS Gold Medal in 1980.

Professor Saunders is one of the world’s most well-known peony hybridizer, becoming known as the “Father” of the modern hybrid peony. His scientific breeding program with herbaceous and tree peonies was extensive and done with the help of friends at the New York Botanical Garden.

Although he was not the first to cross peony species, he was the first to bring a large variety of species together. He systematically crossed each one with the other, most of which hadn’t been used in crossing before. This resulted in the creation of a huge number of hybrid races and varieties, bringing new colours in and lengthening the flowering time.

An Albiflora x lobata hybrid, Cytherea is just one of those very many beautiful results of Saunders' work. It makes a great cut flower and has a light, sweet scent that makes it even more welcome in a vase on the table.

Cytherea was awarded the APS Award of Landscape Merit in 2009. This award is for peonies that have outstanding landscape and growth characteristics. Some of these characteristics are their disease resistance and the ability to withstand adverse weather. They protect themselves by closing up in unfavourable conditions and open up again when the coast is clear.

Do you have a spot in the garden you’re looking to fill? Although it is quite an intense shade of red initially, it is a remarkably easy colour to pair with other colours in the garden such as yellows, purples and blues.

Otherwise you could combine Cytherea with a few other red peonies in different tones such as ‘Buckeye Belle’ with its deep red blooms, ‘Riches and Fame’ in all its fuschia/pink red glory and 'Miss Mary' with its rich red single flowers and golden stamens.

Which ones will you pick? 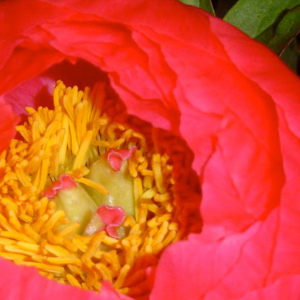 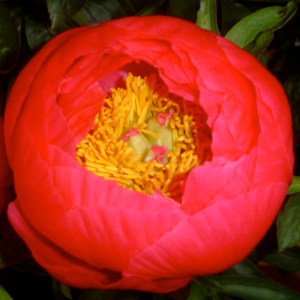 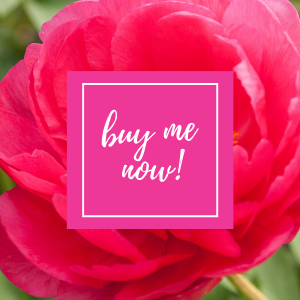