In the spirit of Mother’s Day this month we have a perfectly named peony we want to tell you all about – ‘Mother’s Choice’.

Reaching a height of approximately 90cm and spreading out to around 50cm these fully double rose-shaped blooms that can get up to 20cm across have a faint blush and sometimes exhibit dark pink streaks on the edges of their petals. Due to the large bloom size it is likely they will need staking. So get your plant supports ready just in case!

‘Mother’s Choice’ is delightfully fragrant so you can plant it close to entrances and on pathways to enjoy the lovely scent as you pass by. Forget roses! Stop and smell the poenies when life starts getting a bit much!

Registered in 1950 by the American breeder Glasscock, ‘Mother’s Choice’ is a result of cross breeding P. Lactiflora ‘Polar Star’ and became an American Peony Society Gold medallist in 1993.

With their roots in China, P. Lactiflora cultivars are also spoken about as the Chinese Peony and are the most familiar herbaceous peonies we see in our modern day gardens.

Delving briefly into a little bit of their back story, P. Lactiflora were originally used medicinally in China and by the seventh century they became popular as an ornamental plant and were placed under imperial protection. The emperor’s gardeners began creating more showy flowers, inspiring the emperor’s artists to capture them on screen paintings, tapestries, silk and porcelain.

By the eighth century, peonies found their way to Japan as the Chinese traded their very valuable roots for goods and in the early 1800’s P. Lactiflora was brought to France from China and introduced into European gardens.

By the second half of the 1800’s a lot of new hybrids were being developed by breeders such as Calot, Lemoine, Crousse and Dessert, many of which we still see today.

Peonies go back a long way and it’s easy to see why they were so prized - their luxurious beauty is unmatched.

If you don’t already have this lovely variety in your collection and would like to add it or are thinking of gifting one they will be ready for release in Spring. So if you head on over to our shop you can place your order now and it will be sent to your door as soon as Spring has sprung!

And while you’re there, check out the rest of the goodies to see if there’s any other pretty things you might fancy.

If you have any questions, please do not hesitate to get in touch! We love hearing from our customers and knowing how their peony experience is going. 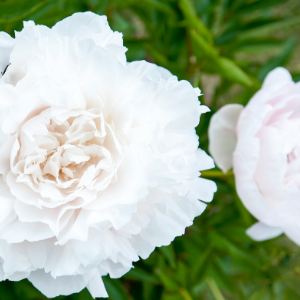 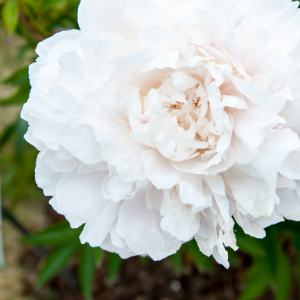 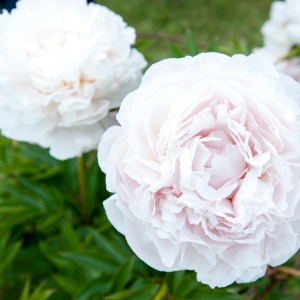